Dear Friends,
In sadness I want you to know Jorge Moran passed away on October 20, 2017.   He was never in any pain and died peacefully at home with Linda at his side.
If you have already received this please forgive, I'm going through Jorge's email and informing people that may have not been notified.
If you want to respond to this email please send your notes to: LindaMoran123 at gmail.com
There will be a "Celebration of LIfe" for Jorge on Sunday, November 5th at Riverbend Lodge from 11:00 am - 1:00 pm.
Thank you,
In love and peace,
Linda Moran

Sad News
We must report the passing of Anthony Cipolla 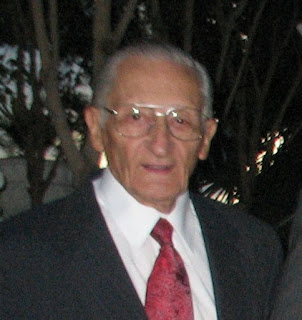 Tony passed away last Saturday morning, the 16th.  The last two days his condition worsened and he slipped into a coma-like condition with almost no movement and no sound.  My daughter and son were with me at his bedside.
As incredulous as this sounds, he went from walking on Labor Day, Sept. 4th, to death 12 days later !!   We can only attribute this to a series of small strokes, one after another, after another, after another.  It was like he planned it!  He stopped eating, he stopped drinking, and he began to lose more balance and fall day after day, especially when getting out of a chair or the bed.

It is true he had fallen several times across last winter, into spring, and on into summer.    However, things really snowballed this month.  Walking became impossible because his legs would not hold him -- all in the space of a couple of days.
Lovingly,
Phyllis Cipolla

﻿
ANTHONY H. CIPOLLA  - W2QL
Anthony H. Cipolla, 94, a former resident of West Warwick, RI, Wantagh, NY, and Sun City West, AZ passed away on September 16, 2017 while vacationing in Rhode Island.
Those who remember Tony may remember one of his favorite sayings, “You’ve gotta have a ticket!”  For Tony, the ticket was an amateur radio license which he first earned at the age of 15.
As war approached and the need for radio officers became apparent, the FCC supplied the names of single men with licenses, age 18 and over.  Airline contractors then offered employment with a government connection.  Tony flew first for Pan American and then American Airlines.
A veteran of World War II, he served in all theatres of that war as a radio officer, first in the Army Air Corps (grandfathered to USAF) and later in the Merchant Marines (grandfathered to USCG).   As a flight radio officer, he lived in northern India for 11 months, during which time he “flew the hump,” flying ammo and materiel through passes in the Himalayan Mountains into China. After that assignment, he ferried supplies and personnel from South America to Africa, and across the north to the United Kingdom.  At a midpoint during the war when their overseas assignment had ended, Tony and a few buddies used the break to join the Merchant Marines.  He spent the remainder of the war as a ship radio officer.  Again, he ferried supplies:  across the north Atlantic, sailing with a load of bombs back to India, and putting into Hong Kong and other Asian ports.
After the war, he spent a forty-year career with the audio maintenance departments of the Columbia Broadcasting System, equally divided between the CBS Radio Network and the CBS Television Network.  Upon retiring, he moved with his wife to Arizona where he enjoyed gardening and joined the local agriculture and metals clubs.  An avid and lifelong amateur radio operator, with a concentration on working DX,  he was a member of several radio organizations.
He survived by his beloved wife of 52 years, Phyllis of Sun City West, AZ, a daughter, Cheryl Shainmark of Brewster, NY, a son, Stephen Cipolla, of Glens Falls, NY, a grandson, Philip (loving wife Michelle) Shainmark and two great grandchildren, Owen and Henrietta Shainmark, all of Las Vegas, NV, and several nieces and nephews.
A Mass of Christian Burial will be held on Thursday, Sept. 21, 2017 at Sacred Heart Church, West Warwick, RI, at 10 a.m. Interment will be in St. Joseph Cemetery, West Warwick.  Information and condolences please visit:  www.PrataGallogly.com