Digging back through our archives, I extracted this item for your perusal!
Dave

The player piano (Pianola) was invented in 1896 and originally had
mechanical fingers to play the keys.
Other inventions in recording included the tape recorder, which
appeared in the USA right after the war. Captured German machines
were brought back in 1946 and they used metalized paper and plastic
tape. Bing Crosby helped fund the further development of the tape
recorder, which laid the foundation for the Ampex Company. Bing
wanted to be able to make recordings away from the record studios so
he could easily pursue his pastime of golf.

The Germans made tape recordings of propaganda radio broadcasts so
that they would sound "live". BTW The German engineers had a jump on
a source of plastic tape. The Germans produced a cigarette with a
fake tip on it made out of metalized plastic film. The tip looked
like our modern filter but it was only intended to give the
impression of being a cigarette holder. This happened around 1932
by the company we know as BASF.
There were some earlier U.S. & German recorders that used tungsten
wire, but they were not as good as tape.

Lets hear from you..The Question is... The many ways Television has

should the word Television be changed to Computervision ??

Here is a quote from Harold Deppe, extracted from our 2006 archive:
"In those days the camera was bigger than the lens--today the lens is bigger than the camera."
This is truer today than it was "back then!" A studio quality HD camera can now fit in the palm of your hand.
For those with time to kill, why not peruse the archives and relive some of the "good old days!" 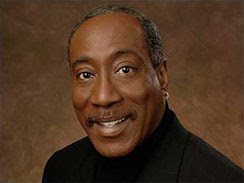 Dow has been a correspondent for "48 Hours" since 1990 after serving as a contributor to the broadcast since its premiere Jan. 19, 1988. Dow was also a contributor to the critically acclaimed 1986 documentary "48 Hours on Crack Street," which led to creation of the single-topic weekly news magazine.

"CBS News is deeply saddened by this sudden loss," said Sean McManus, president of CBS News and Sports. "The CBS News family has lost one of its oldest and most talented members, whose absence will be felt by many and whose on-air presence and reporting skills touched nearly all of our broadcasts. We extend our deepest condolences to his wife Kathy and their children Joelle, Danica and David."

He has covered many of the most important stories of our times, including 9/11, where he barely escaped one of the falling Twin Towers; the return of POW's from Vietnam; the kidnapping of Patricia Hearst, with whom he had an exclusive interview in December 1976; the movement of American troops into Bosnia and the Pan Am Flight 103 disaster. He also conducted the first network interview with O. J. Simpson following the murders of Nicole Brown Simpson and Ron Goldman.

"Harold Dow was a reporter for the ages. Insatiably curious, he was happiest when he was on the road deep into a story. He took pride in every story he did," said "48 Hours Mystery" Executive Producer Susan Zirinsky. "It was his humanity, which was felt by everyone he encountered, even in his toughest interviews, that truly defined the greatness of his work. He was the most selfless man I have known. It is a tremendous loss for '48 Hours,' CBS News and the world of journalism. I deeply miss him already."

Dow's reports have garnered him numerous awards. He has been honored with a George Foster Peabody Award for his "48 Hours" report on runaways and a Robert F. Kennedy Award for a report on public housing. He has received five Emmy Awards, including one for a story on the American troops' movement into Bosnia (1996) and one for "distinguished reporting" for his coverage of the Pan Am Flight 103 disaster (1989). He won an RTNDA Edward R. Murrow Award, an Operation Push Excellence in Journalism Award and, for a "48 Hours" profile of Patti LaBelle. He also was recently recognized by the National Association of Black Journalists for his report about Medgar Evers, which was featured in the CBS News special "Change and Challenge: The Inauguration of Barack Obama."

Dow began his career at CBS News in 1972 as a broadcast associate. Before joining CBS News, Dow, who has been based in New York since 1982, had been an anchor at Theta Cable TV in Santa Monica, Calif. He was also a freelance reporter for KCOP-TV Los Angeles and a news anchor for WPAT Radio in Paterson, N.J. Dow became the first African American television reporter in Omaha, Neb., where he served as co-anchor and talk-show host for KETV Omaha.

Dow was born in Hackensack, N.J., and attended the University of Nebraska at Omaha.

I have just modified the Archives selection to display as a drop down box. This will make it easier to select a particular range.

For a bit of nostalgia, here is the roster of luncheon attendees from ten years ago!

Email ThisBlogThis!Share to TwitterShare to FacebookShare to Pinterest
After several days of downtime, we are finally back up and running again.
Our service provider has restored our data to the point before their crash
and if you find anything that looks like it is missing, or out of date, please
let me know at:
webmaster at cbsretirees.com

I just finished watching a commercially produced DVD of the original
"Cinderella" broadcast live, in color, from Studio 72 on March 31, 1957.
Apparently the only surviving copy of the show, it was a poor quality 16mm kinescope.
There was a huge investment of money ($375,000) and PR leading up to the
broadcast, and it commanded the largest audience (115 million) up to that
time. Four months earlier saw the first use of videotape with the November 30,
1956 broadcast of "Douglas Edwards with the News" from TV City. Would it be
a leap to imagine that a (B&W) tape copy of Cinderella was made on either
the east or west coast? Would anyone have some insight or thoughts on this?